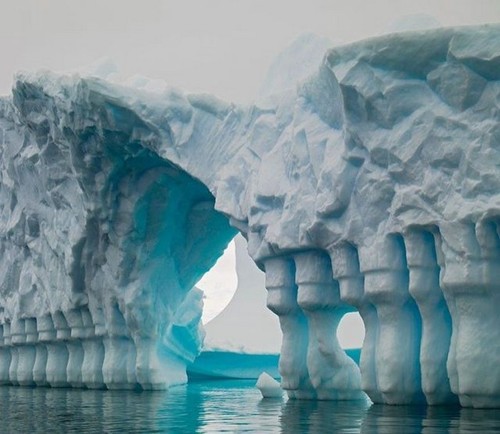 Antarctica is Earth’s southernmost continent, overlying the South Pole. Situated in the southern hemisphere and largely south of the Antarctic Circle, Antarctica is surrounded by frigid oceanic waters. At 14.4 million km², Antarctica is the fifth-largest continent in area after Asia, Africa, North America, and South America; in turn, Europe and Australia are smaller. Some 98% of it is covered by ice which averages at least 1.6 km in thickness.

On average, Antarctica is the coldest, driest, and windiest continent, and has the highest average elevation of all the continents. Since there is little precipitation, except at the coasts, the interior of the continent is the largest desert in the world. There are no permanent human residents and Antarctica has never had an indigenous population. Only cold-adapted plants and animals survive there, including penguins, fur seals, mosses, lichens, and many types of algae.

Antarctica has no permanent residents, but a number of governments maintain permanent research stations throughout the continent. The number of people conducting and supporting scientific research and other work on the continent and its nearby islands varies from approximately 4000 in summer to 1000 in winter. Many of the stations are staffed all year-round.

As the only uninhabited continent, Antarctica has no government and belongs to no country. Various countries claim areas of it. The area between 90°W and 150°W is the only part of Antarctica, indeed the only solid land on Earth, not claimed by any country.