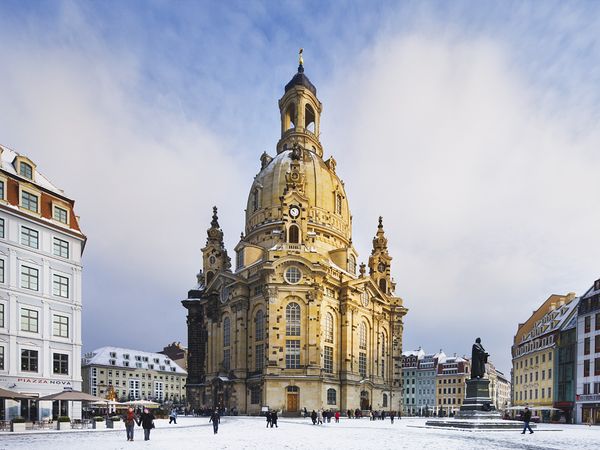 Dresden shone brightest in the 1700s, when the kings of Saxony spent their wealth to turn their capital into “Florence on the Elbe”. But in February 1945, two days of British and American bombing destroyed much of Dresden’s center and killed tens of thousands of civilians.

Nearly 70 years later, the city has been resurrected as one of Germany’s top tourist destinations. The landmark Frauenkirche (“church of our lady”), a baroque masterpiece designed by George Bähr, was rebuilt from rubble in 2005 (above). Today it towers above a carefully reconstructed historic center that is home to half a dozen world-class museums—from the Albertinum and the Old Masters Picture Gallery, with its Vermeers and Titians, to the oddly named but unforgettable German Hygiene Museum.