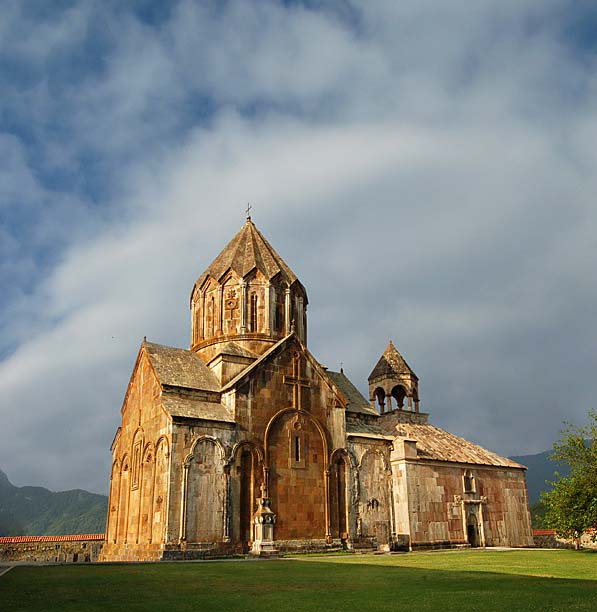 Gandzasar monastery (Armenian: Գանձասարի վանք) is a 10-13th century Armenian monastery situated in the Mardakert district of de-facto Nagorno-Karabakh Republic. “Gandzasar” means treasure mountain or hilltop treasure in Armenian. The monastery holds relics believed to belong to St. John the Baptist and St Zechariah, father of John the Baptist. Gandzasar was the residence of the catholicoi of the Catholicosate of Aghvank of the Armenian Apostolic Church from about 1400 until 1816, and is now the seat of the Archbishop of Artsakh.

Nagorno-Karabakh is a landlocked region in the South Caucasus, lying between Lower Karabakh and Zangezur and covering the southeastern range of the Lesser Caucasus mountains. The region is mostly mountainous and forested and has an area of 4,400 square kilometres (1,700 sq mi).