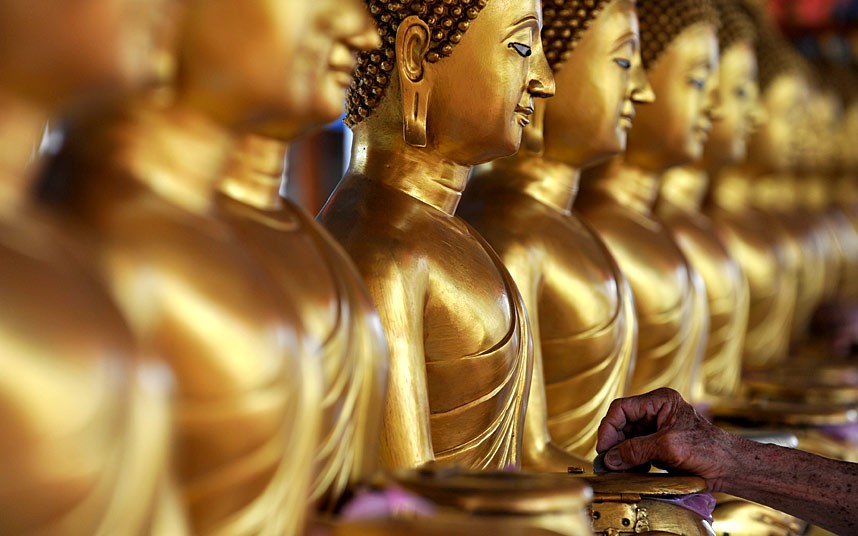 A Buddhist devotee drops coins into golden Buddha statues as a symbol of blessing during the Vesak Day at a Buddhist temple in Kuala Lumpur, Malaysia.

Vesak is a holy day observed traditionally by Buddhists around the world. Sometimes informally called Buddha’s Birthday it actually commemorates the birth, enlightenment, and death of Gautama Buddha.