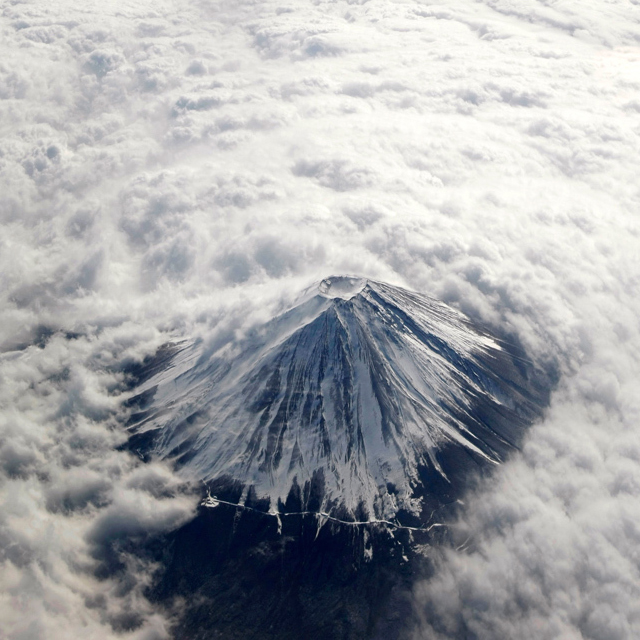 Mount Fuji (富士山 Fuji-san) is the highest mountain in Japan located on Honshu Island at 3,776.24 m (12,389 ft). An active stratovolcano that last erupted in 1707–08, Mount Fuji lies about 100 kilometres (62 mi) south-west of Tokyo, and can be seen from there on a clear day. Mount Fuji’s exceptionally symmetrical cone, which is snow-capped several months a year, is a well-known symbol of Japan and it is frequently depicted in art and photographs, as well as visited by sightseers and climbers. It is one of Japan’s “Three Holy Mountains” (三霊山 Sanreizan) along with Mount Tate and Mount Haku.