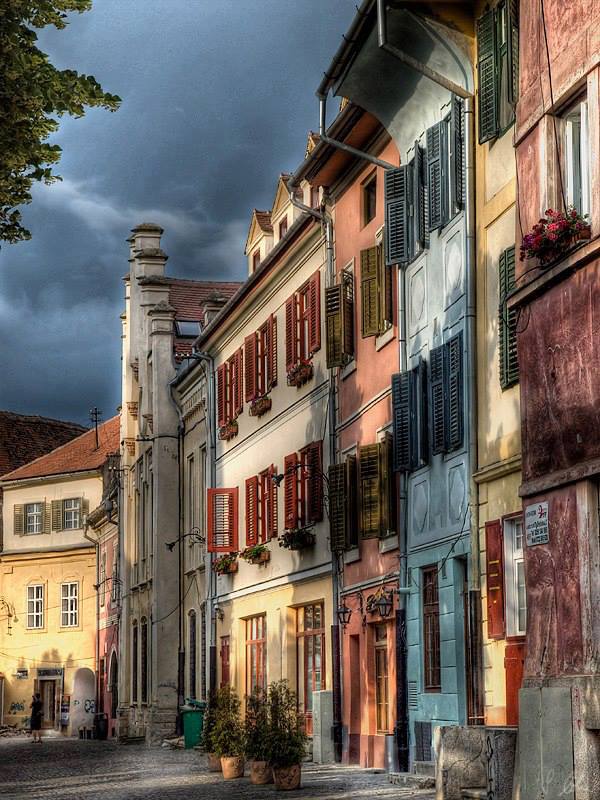 Huet Square (Piața Huet) is the third of the three main squares of Sibiu. Its most notable feature is the Evangelical Lutheran Cathedral in its center. It is the place where the earliest fortifications have been built in the late 12th century or early 13th century. The buildings around this square are mainly Gothic. On the west side lies the Brukenthal Highschool, in place of a former 14th-century school.