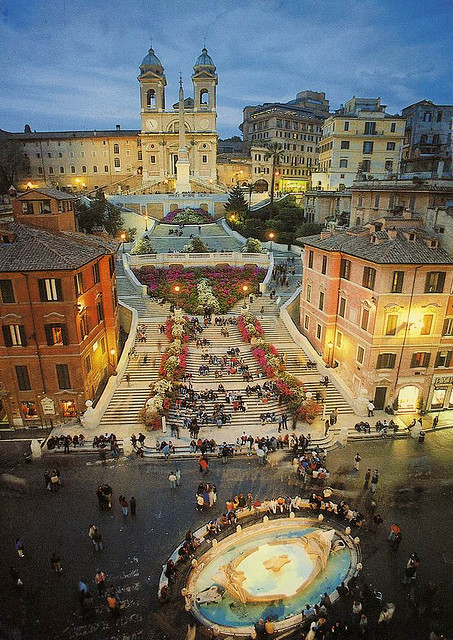 The Piazza di Spagna is one of the most majestic urban monuments of Roman Baroque style. In the Renaissance period, the square was the most popular tourist attraction in the city: it attracted artists and writers alike and was full of elegant hotels, inns and residences. At the base is the Early Baroque fountain called Fontana della Barcaccia, built in 1627-29. According to a legend, Pope Urban VIII had the fountain installed after he had been impressed by a boat brought here by a flood of the Tiber river.

At the end of the seventeenth century, it was called Trinità dei Monti, after the church that dominates the square from above, but it was later given the name we know today after the Spanish Ambassador who lived there.