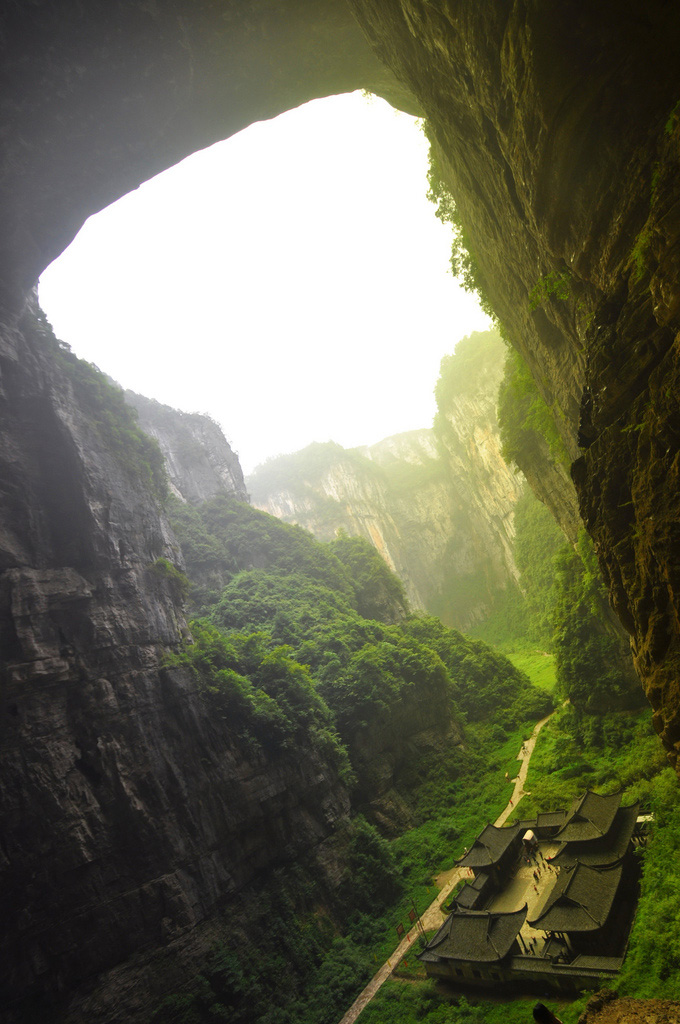 A newly included natural scenery and hiking highlight in the UNESCO World Heritage List is the Wulong Karst. It has become one of the major attractions around Chongqing for people interested in primitive scenic areas, gorges, wildlife and caves.

Wulong is one of the regions named on the World Heritage List’s South China Karst. Other areas named are Libo Karst and Shilin Karst. Three sites in Wulong are thought to be the most important. They are Furong Cave, the Three Natural Bridges, and the Houping Tiankengs.