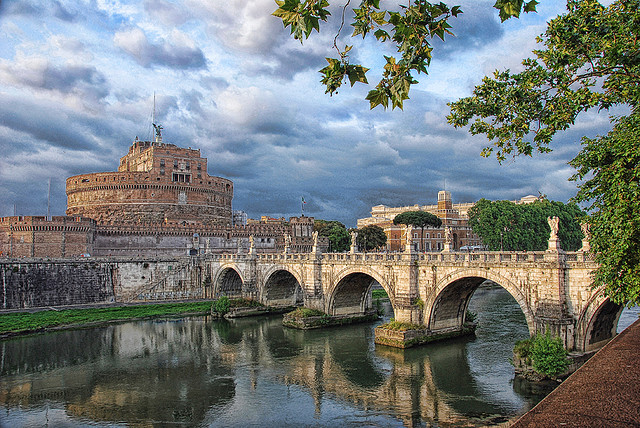 The massive fortress of Castel Sant’Angelo takes its name from the vision of the Archangel Michael by Pope Gregory the Great in the 6th century.

The castle was built in 139 AD as the Emperor Hadrian’s mausoleum. Since then, it has been a bridgehead in the Emperor Aurelian’s city wall, a medieval citadel and prison, and a place of safety for popes during times of political unrest.