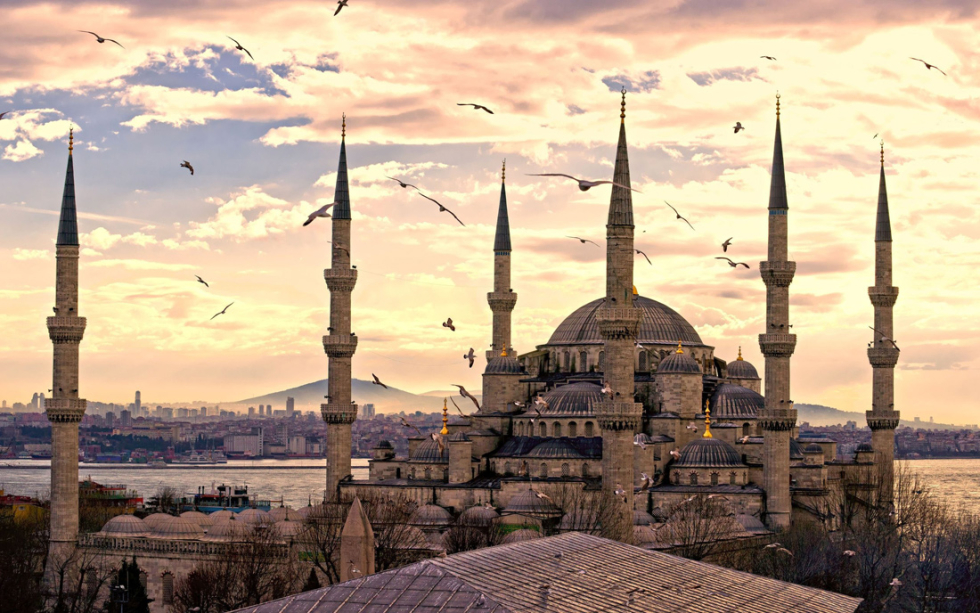 The Sultan Ahmed Mosque (Turkish: Sultanahmet Camii) is an historical mosque in Istanbul. The mosque is popularly known as the Blue Mosque for the blue tiles adorning the walls of its interior.

It was built from 1609 to 1616, during the rule of Ahmed I. Like many other mosques, it also comprises a tomb of the founder, a madrasah and a hospice. While still used as a mosque, the Sultan Ahmed Mosque has also become a popular tourist attraction.