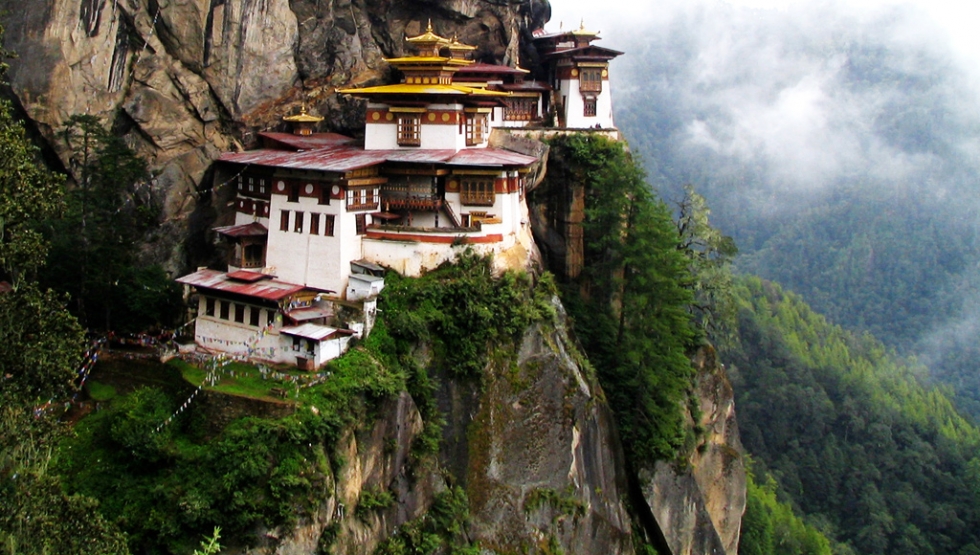 Taktsang Monastery, also known as Taktsang Dzong or Paro Taktsang, is one of the most spectacular fortress monasteries in Bhutan. The name Taktsang means “tiger’s lair”. It is a famous Tibetan Buddhist monastery that is perched on a 1200-meter high cliff above the Paro Valley.

It is the very landmark of Bhutan, a small country located on the slopes of The Himalayas in South Asia. Many photo collections of the most fascinating sights on Earth would feature Paro Taktsang for its breath-taking visual appeal. Paro Taktsang would also be the first thing that comes to mind of anyone when talking about world’s most famous monasteries. But aside from being one of world’s most fascinating places, Paro Taktsang is also one of world’s least accessible tourist destinations due to tourism restrictions imposed by the government of Bhutan. Hence only a handful of people get to see The Tiger’s Nest Monastery with their own eyes which makes it so much more “exclusive” like and special.