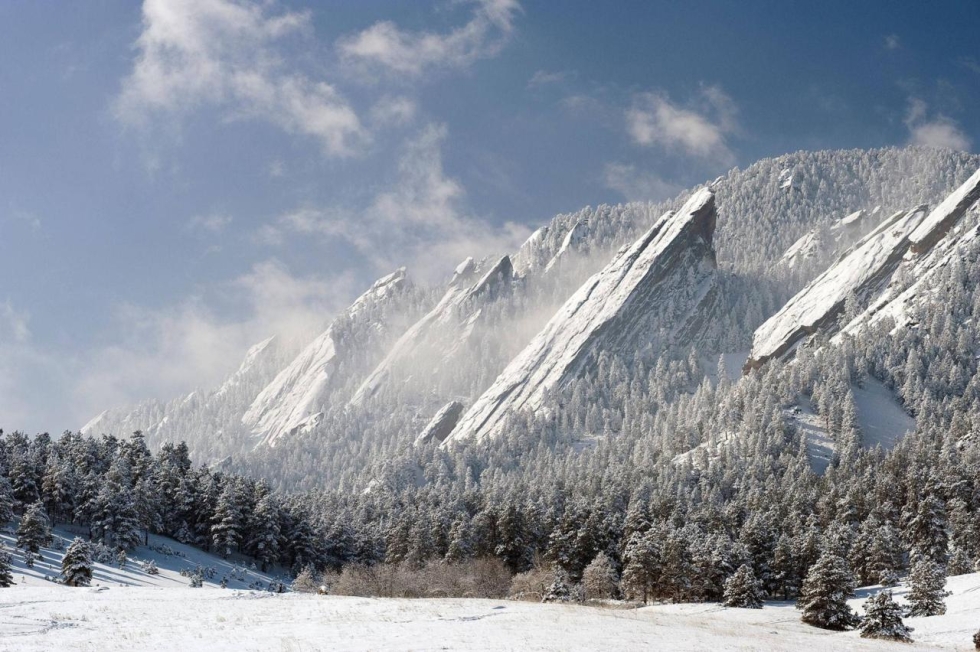 The Flatirons are rock formations near Boulder, Colorado consisting of flatirons. There are five large, numbered Flatirons ranging from north to south (First through Fifth, respectively) along the east slope of Green Mountain, and the term “The Flatirons” sometimes refers to these five alone. Numerous additional named Flatirons are on the southern part of Green Mountain, Bear Peak, and among the surrounding foothills.

The Flatirons were named by pioneer women after the flat, metal irons used to press their clothes.