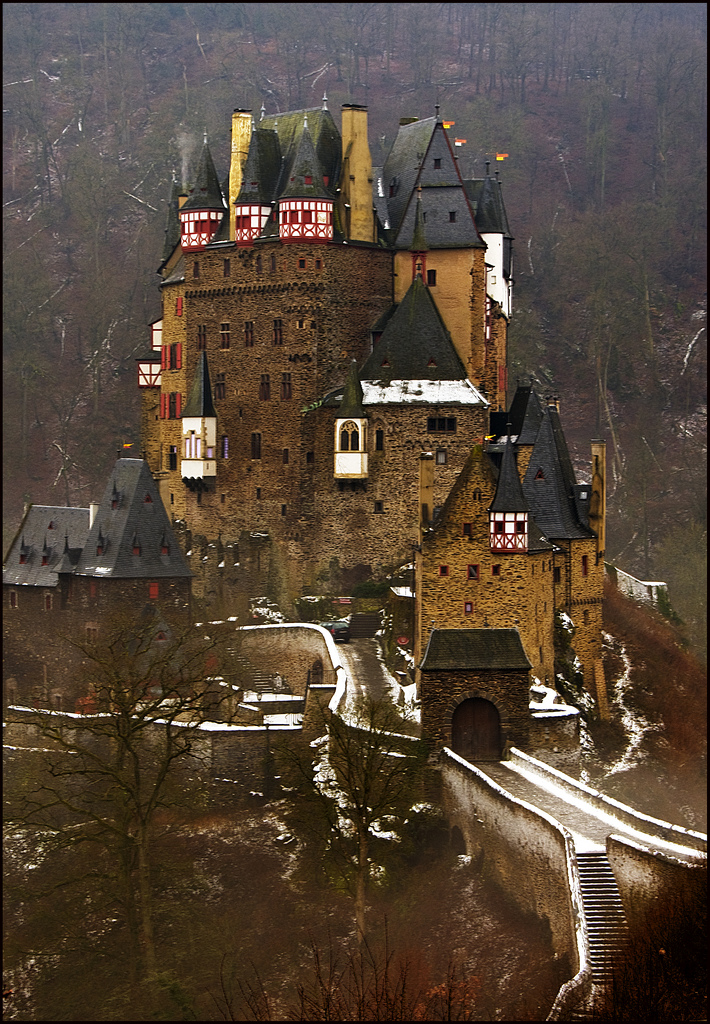 Burg Eltz is a medieval castle nestled in the hills above the Moselle River between Koblenz and Trier, Germany. It is still owned by a branch of the same family that lived there in the 12th century, 33 generations ago. The Rübenach and Rodendorf families’ homes in the castle are open to the public, while the Kempenich branch of the family uses the other third of the castle.
The castle is surrounded on three sides by the Elzbach River, a tributary on the north side of the Moselle. It is situated on a 70m rock spur, on an important Roman trade route between the rich farm lands and their markets.

From Wikipedia , the free encyclopedia.