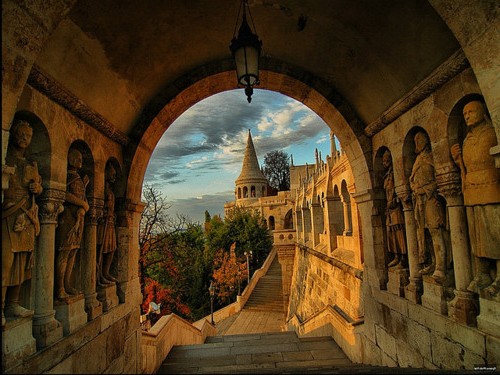 The Fisherman’s Bastion is a neo-Gothic masquerade that looks medieval and offers among the best views in Budapest. Built as a viewing platform in 1905 by Frigyes Schulek, the architect behind Matthias Church, the bastion’s name was taken from the medieval guild of fishermen responsible for defending this stretch of the castle wall. The seven gleaming white turrets represent the Magyar tribes that entered the Carpathian Basin in the late 9th century.