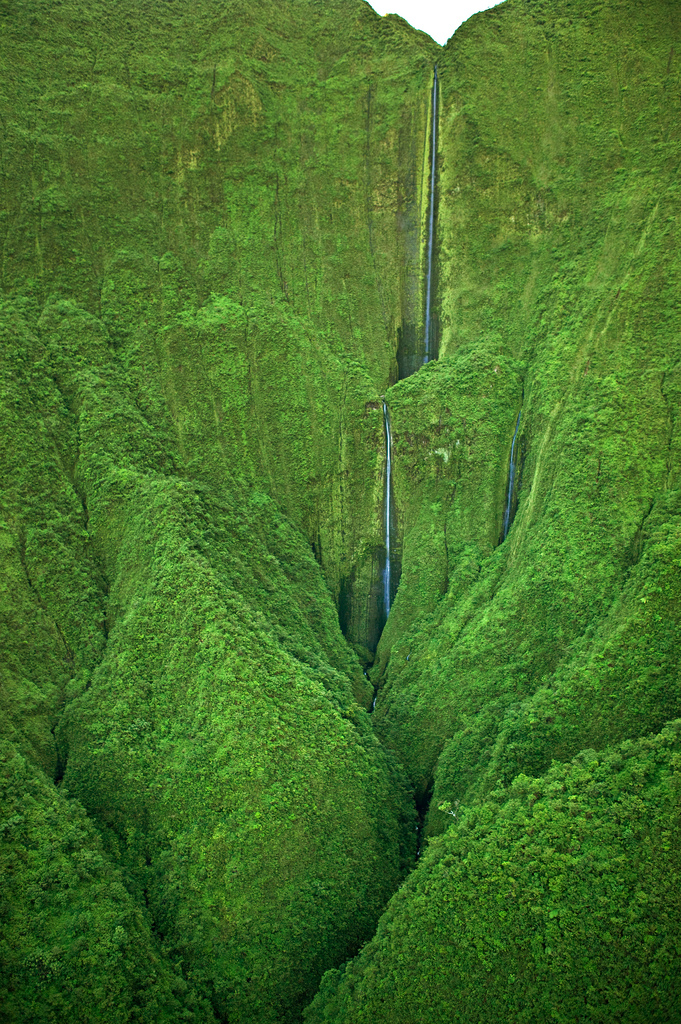 Honokohau Falls is said to be the tallest waterfall on Maui. It plunges in two tiers for a total of 1600 feet, making it the second highest falls in the United States (only Yosemite Falls is higher).

Puʻu Kukui is one of the wettest spots on Earth and the second wettest in the state of Hawaii after Mount Waiʻaleʻale, receiving an average of 386.5 inches (9,820 mm) of rain a year!

The photo was taken close to the Wall of Tears, which has over 17 waterfalls flowing at once, located in the Waihee Valley near the summit of Puu Kukui in the West Maui Mountains, Maui, Hawaii.