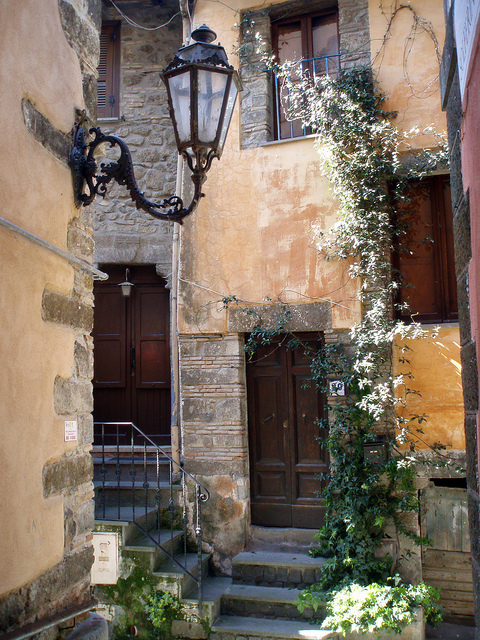 Trevignano Romano is a small town and comune near Rome, with a population of about 5,000.

The castle, erected around 1200 by order of Pope Innocent III, and later reinforced by the Orsini, once had three line of massive walls, but the siege of Cesare Borgia in 1497 and subsequent earthquakes have reduced the structures in poor state.