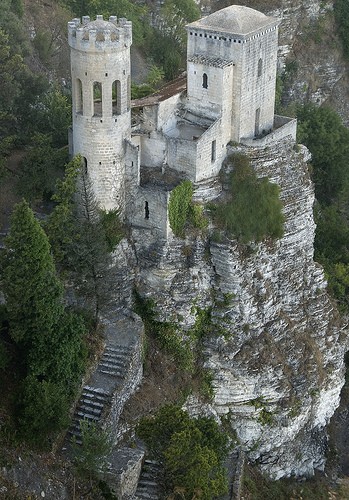 PEPOLI CASTLE, Erice, Sicily. With foundations dating from Saracen times, Pepoli Castle was at first a feudal stronghold. Built by the Normans in the 11th century, it has had numerous additions, including three magnificent watch-towers that were built during the 15th century. Still owned by the Pepoli family, the castle has the most breathtaking views from its towers.