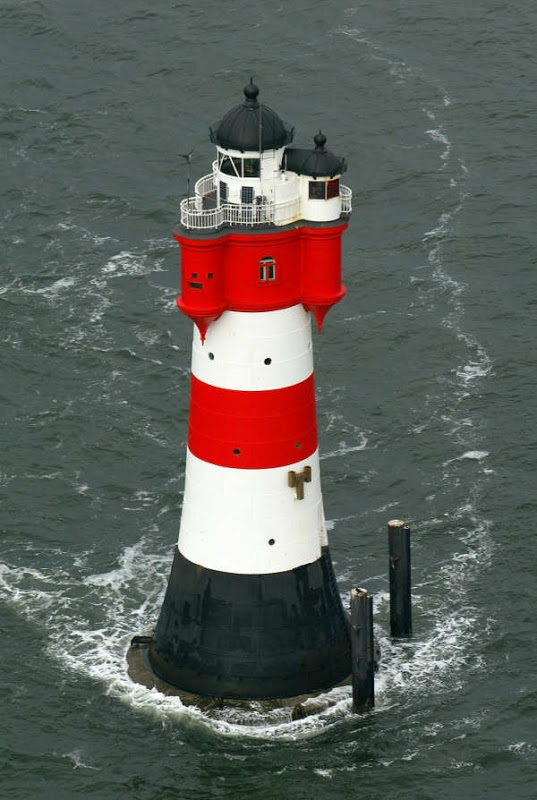 Described by some as the “loneliest hotel in Germany”, the Roter Sand lighthouse, some 30 miles off the coast of Bremerhaven, Lower Saxony, has been welcoming guests for over 10 years. But the lighthouse itself is 125 years old.

The Roter Sand was built in 1885, and was considered a technical marvel at that time as it was the first ever structure built on the sea floor at a depth of 22 metres. For almost 80 years the red, white and black lighthouse was the first thing sailors saw on their way into the port city, and the last thing millions of emigrants saw before their ships reached the North Sea on their journey to the New World. But by 1964 its steel foundations became unstable and the lighthouse was decommissioned.

In 1987, a spectacular rescue action restored the 31-metre tall building’s foundation, and following a restoration of the interior, the German Foundation for Monument Protection (DSD) worked to open the protected lighthouse to the public. Since the first visitors scaled the stairs of the Roter Sand in 1999, the lighthouse has welcomed some 5,500 day trippers and 800 overnight guests.