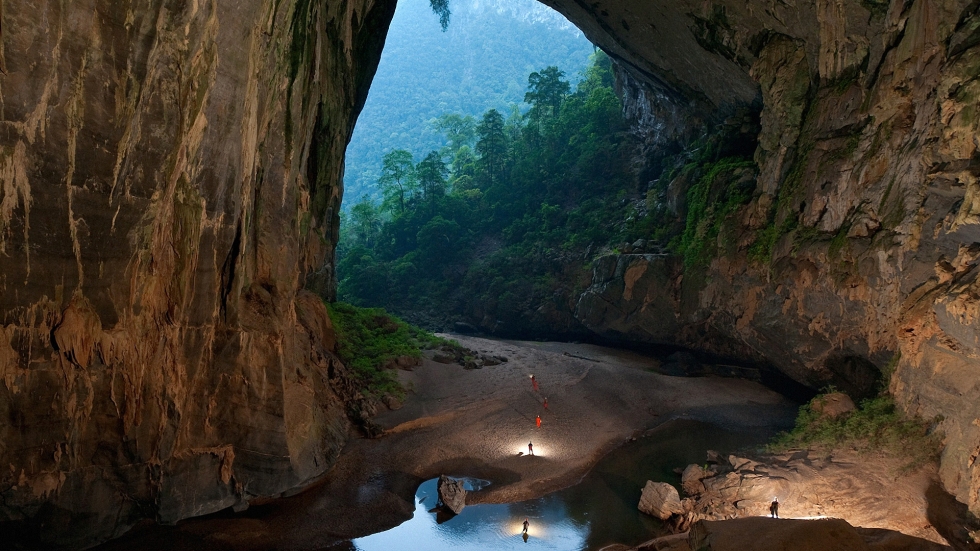 In 1991, a local man was deep in the Phong Nha-Ke Bang National forest in Vietnam and discovered Son Doon Cave. Other locals knew about the cave, but never explored it because of the loud roars and sounds that could often be heard from within the cave. It wasn’t ever explored until 2009, when it was revealed to be the biggest cave ever discovered. On average it is 650ft wide, 500ft tall and resembles a massive cathedral. It is so massive it even has its own weather system. It even has its own inner forest and vast flowing rivers.