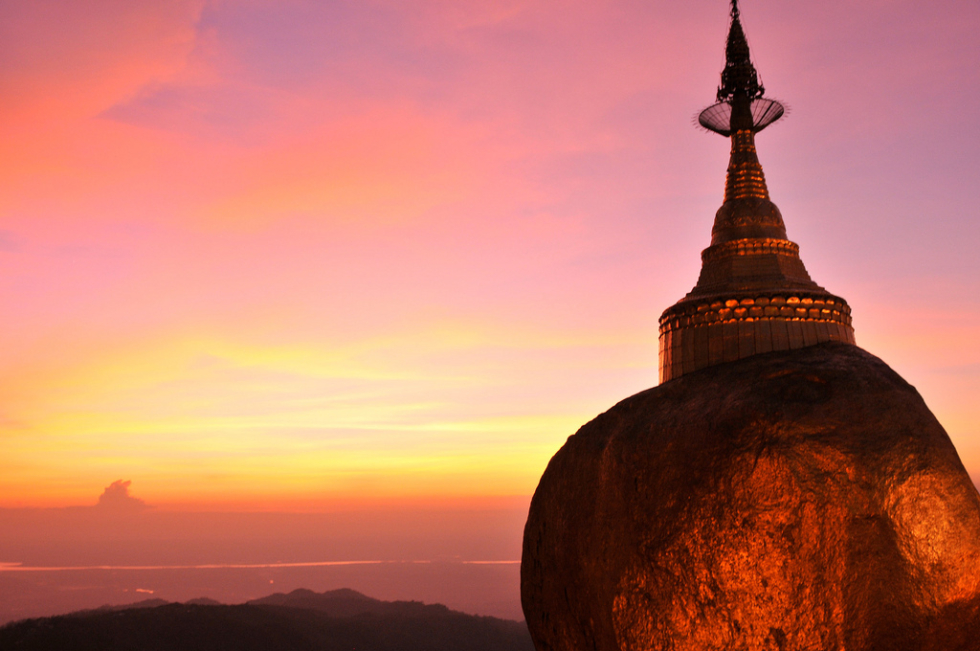 Kyaiktiyo Pagoda, also known as Golden Rock、 is a well-known Buddhist pilgrimage site in Mon State, Myanmar. It is a small pagoda (7.3 metres (24 ft)) built on the top of a granite boulder covered with gold leaves pasted on by devotees. According to legend, the Golden Rock itself is precariously perched on a strand of the Buddha’s hair. The rock seems to defy gravity, as it perpetually appears to be on the verge of rolling down the hill. The rock and the pagoda are at the top of Mt. Kyaiktiyo. It is the third most important Buddhist pilgrimage site in Burma after the Shwedagon Pagoda and the Mahamuni Pagoda. A glimpse of the “gravity defying” Golden Rock is believed to be enough of an inspiration for any person to turn to Buddhism. [Wikipedia]