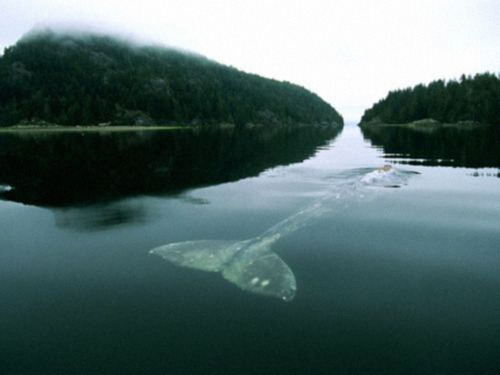 I recently stumbled upon an image of the Loneliest Whale in the World. In 2004, The New York Times wrote an article about how, since 1992, scientists have been tracking a baleen whale named, “The 52 Hertz Whale.” She swims and sings alone in our earth’s vast ocean.

Her songs come in groups of two to six calls, lasting for five to six seconds each. But her voice is unlike any other baleen whale. It is unique—while the rest of her kind communicate between 12 and 25hz, she sings at 52hz. You see, that’s precisely the problem. No other whales can hear her. Every one of her desperate calls to communicate remains unanswered. Each cry ignored. And, with every lonely song, she becomes sadder and more frustrated, her notes going deeper in despair as the years go by.

Apparently not only is her song indecipherable to other whales, she also doesn’t follow the typical migration pattern of its species, making it even less likely to connect with others.

Just imagine that massive mammal, floating alone and singing—too big to connect with any of the beings it passes, feeling paradoxically small in the vast stretches of empty, open ocean.

How many of us, because of our unique characteristics, walk alone on mother earth calling out for another, waiting for another?