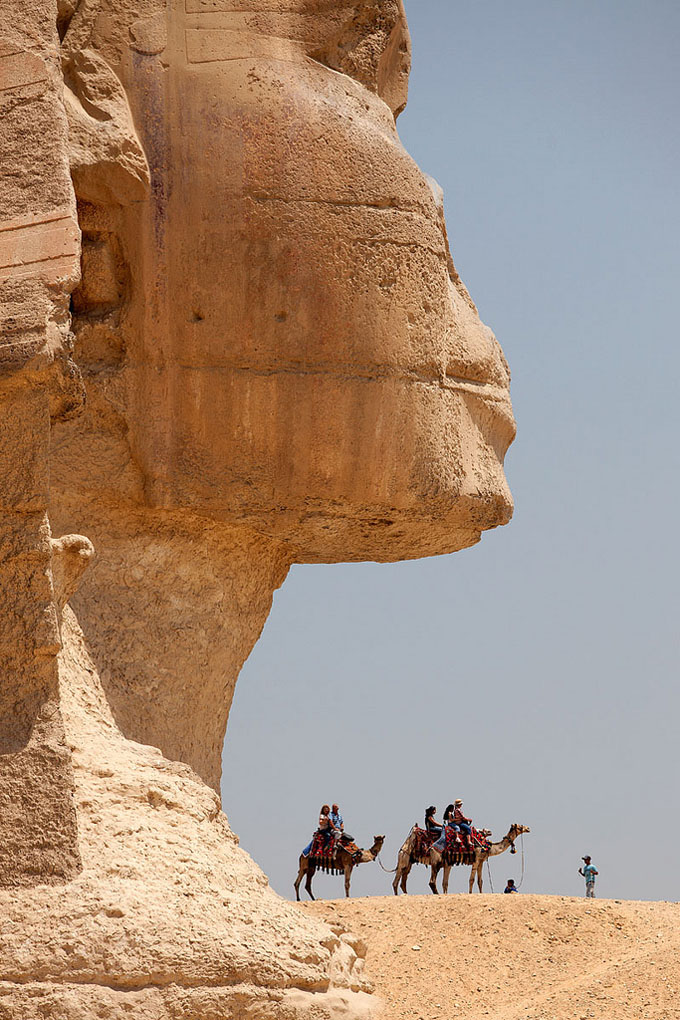 The Great Sphinx is the largest monolith statue in the world, but basic facts about it, such as when it was built, and by whom, are still debated.

It is not known by what name the creators called their statue, as the Great Sphinx does not appear in any known inscription of the Old Kingdom, and there are no inscriptions anywhere describing its construction or its original purpose. In the New Kingdom, the Sphinx was called Hor-em-akhet (English: Horus of the Horizon; Hellenized: Harmachis), and the pharaoh Thutmose IV (1401–1391 or 1397–1388 BC) specifically referred to it as such in his Dream Stele.

The commonly used name Sphinx was given to it in classical antiquity, about 2000 years after the accepted date of its construction, by reference to a Greek mythological beast.