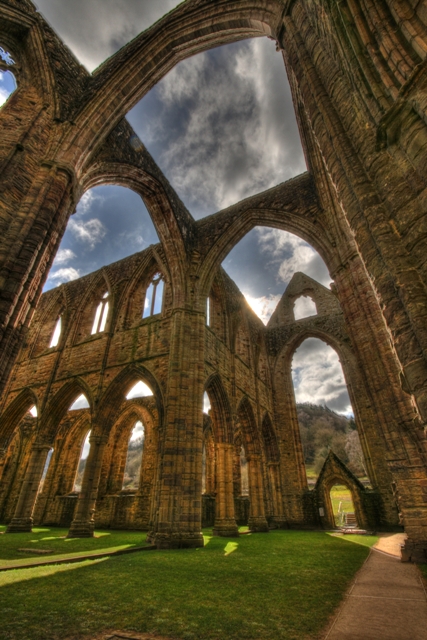 Tintern Abbey was founded for Cistercian monks in 1131 and the present remains date from the late 13th century.

The richest abbey in Wales would have begun to decay soon after 1536, by which time king Henry VIII had decided to appropriate the wealth of the religious houses. Many of the abbeys soon became roofless as their lead was quickly plundered and the fact that the ruins still stand is testament to the great skills of the medieval designers and craftsmen.