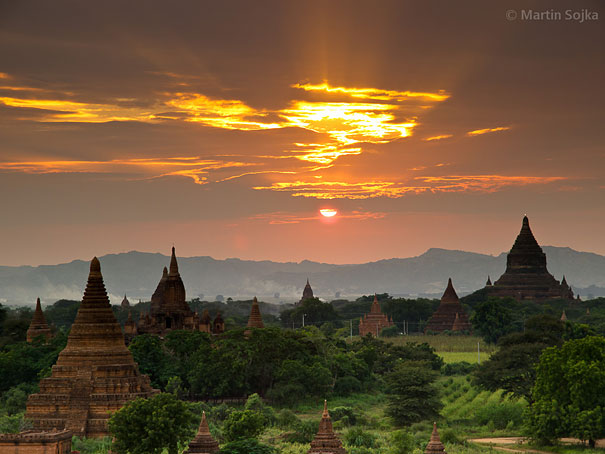 Bagan is notable for its expanse of sacred geography, the number and size of their individual ancient monuments. The ruins of Bagan cover an area of 16 square miles. The majority of its buildings were built in the 11th to 13th centuries, during the time Bagan was the capital of the Myanmar dynasty. Bagan is also the first place to have transformed into a religious and cultural centre, by Shin Arahan who brought Theravada Buddhism to this land. Bagan is full of ancient architectural designs, mural paintings, precious frescoes and stone inscriptions to see for yourself, and also it is the centre for the manufacturing of lacquerware products in Myanmar. Hence it is marked as a cultural heritage of the Myanmar People, and also a landmark full of ancient pagodas and monuments which can be rarely encountered today. Bagan is one of the major historical landmarks of Asia and represents the outstanding achievement of Theravada Buddhism. Most of the site were damaged by the 1975 earthquake and cooperation with UNESCO projects help some experimental conservation work, restoration of mural paintings and maintaining some of the rare monuments.