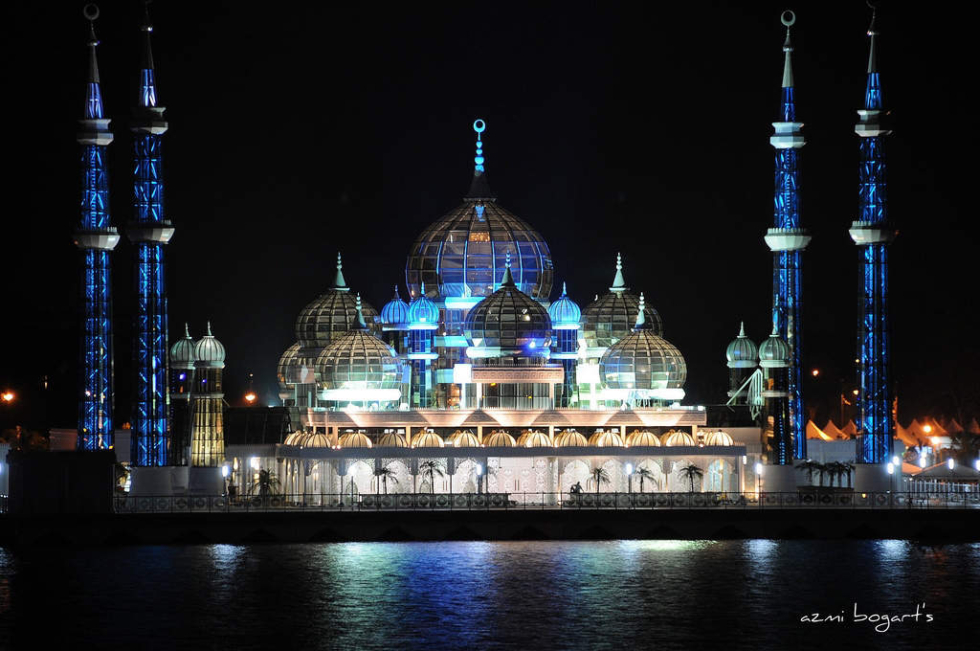 The Crystal Mosque or Masjid Kristal is a mosque in Kuala Terengganu, Terengganu, Malaysia. The mosque is located at Islamic Heritage Park on the island of Wan Man. The mosque was constructed between 2006 and 2008. It was officially opened on 8 February 2008 by 13th Yang di-Pertuan Agong, Sultan Mizan Zainal Abidin of Terengganu.

However, in a newspaper report of Bernama, on October 26th 2008, the Minister in the Prime Minister’s Department Datuk Seri Dr Ahmad Zahid Hamidi commented on this building having Chinese characteristics and called on the people to not be cynical about these types of mosques and focus more on the teachings of Islam. He said this because of concern on the Malay people not wanting to share mosque characteristics with the Muslim-Chinese people.