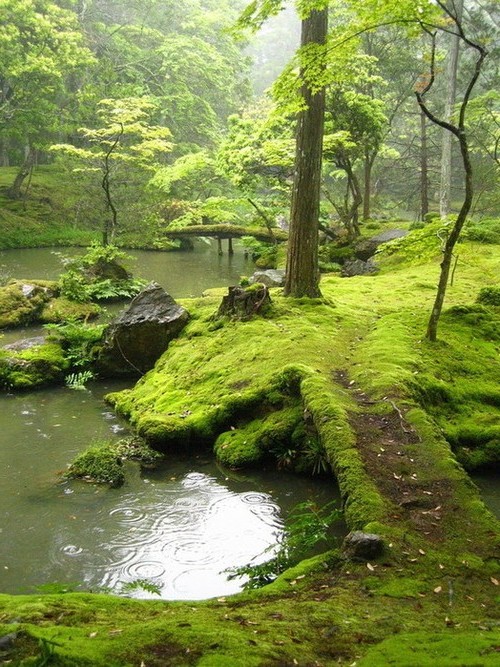 Saihō-ji (西芳寺?) is a Rinzai Zen Buddhist temple located in Matsuo, Nishikyō Ward, Kyoto, Japan. The temple, which is famed for its moss garden, is commonly referred to as “Koke-dera” (苔寺?), meaning “moss temple”, and is also known as “Kōinzan Saihō-ji” (洪隠山西芳寺?). The temple, primarily constructed to honor Amitabha, was first founded by Gyōki and was later restored by Musō Soseki. In 1994, Saihō-ji was registered as a UNESCO World Heritage Site, as part of the “Historic Monuments of Ancient Kyoto”.