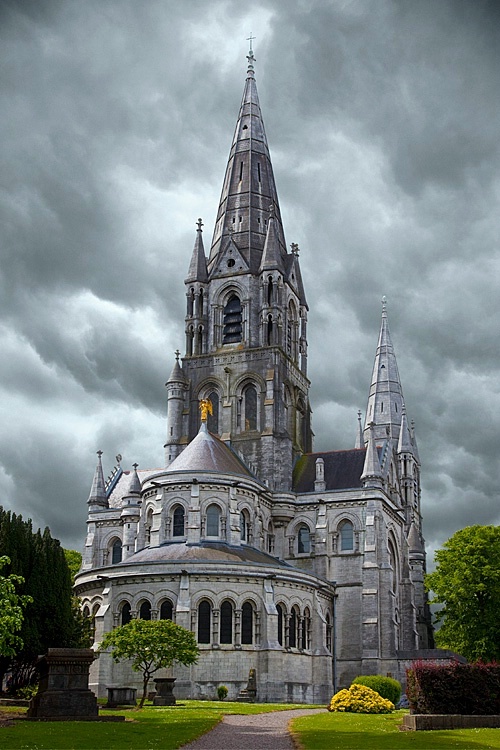 Saint Fin Barre’s Cathedral, (Irish: Ardeaglais Naomh Fionnbarra) is a cathedral of the Church of Ireland in Cork, Ireland. It is in the ecclesiastical province of Dublin. Begun in 1863, the cathedral was the first major work of the Victorian architect William Burges. Previously the cathedral of the Diocese of Cork, it is now one of three cathedrals in the United Dioceses of Cork, Cloyne and Ross.