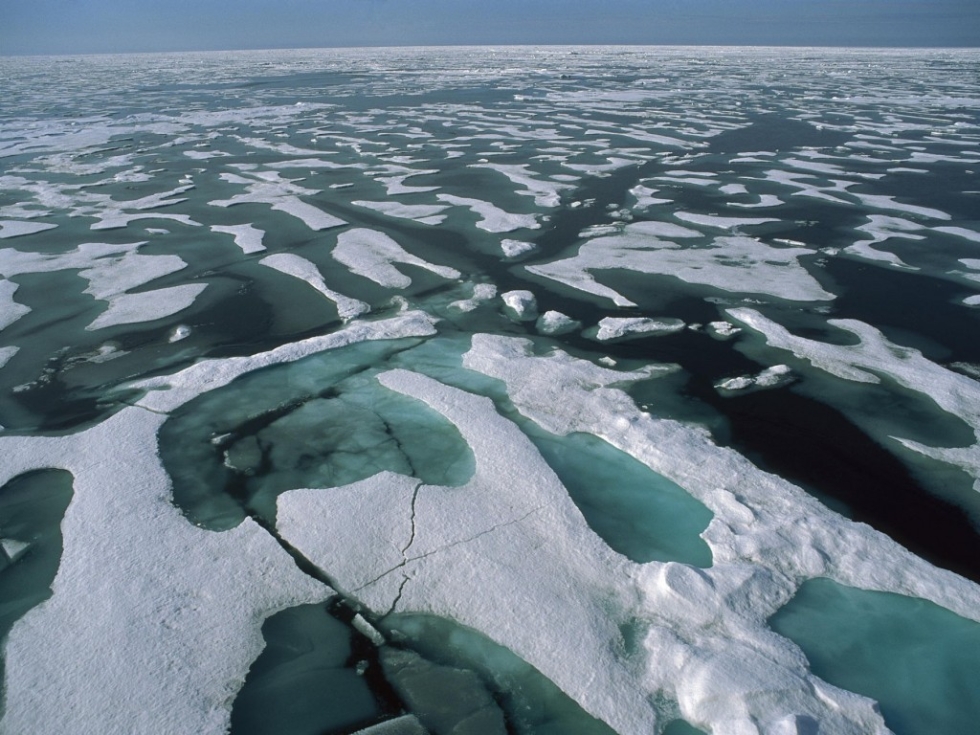 The Arctic Ocean, located in the Northern Hemisphere and mostly in the Arctic north polar region, is the smallest, and shallowest of the world’s five major oceanic divisions. The International Hydrographic Organization (IHO) recognizes it as an ocean, although some oceanographers call it the Arctic Mediterranean Sea or simply the Arctic Sea, classifying it as one of the mediterranean seas of the Atlantic Ocean. Alternatively, the Arctic Ocean can be seen as the northernmost part of the all-encompassing World Ocean.

The Arctic Ocean is the smallest of the world’s five oceans (after the Pacific Ocean, Atlantic Ocean, Indian Ocean, and the recently delimited Southern Ocean). The Northwest Passage (US and Canada) and Northern Sea Route (Norway and Russia) are two important seasonal waterways. In recent years the polar ice pack has thinned allowing for increased navigation and raising the possibility of future sovereignty and shipping disputes among countries bordering the Arctic Ocean.

The Arctic Ocean is unique. It is the most extreme ocean in regard to the seasonality of light and its year-round existing ice cover. Arctic seas hold a multitude of unique life forms highly adapted in their life history, ecology and physiology to the extreme and seasonal conditions of this environment. Knowledge of what lives in the Arctic Ocean is limited due to the logistical challenges imposed by its multiyear ice and inhospitable climate.