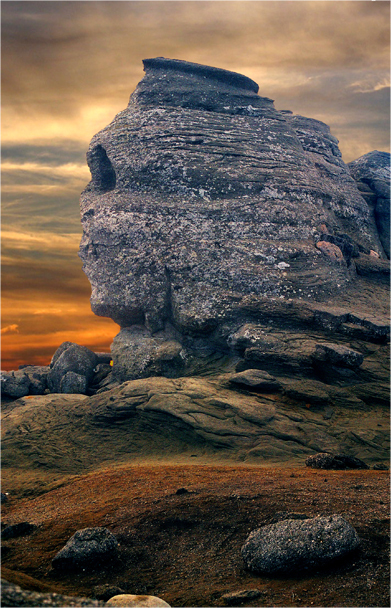 The Sphinx is a natural rock formation in the Bucegi Mountains in Romania. It is located at an altitude of 2,216 metres (7,270 ft), a 10-minute walk from the Babele. The first photo of the Great Bucegi Sfinx was probably taken in about the year 1900. This photo was taken from a front position, not from a lateral one, as it appears in the usual pictures nowadays. This way it was only named in the year 1936. The image of the sphinx appeared when the rock, having an 8 m height and a 12 m width, was watched from a certain angle. The megalith has its clearest outline on 21st November, at the time the sun goes down.