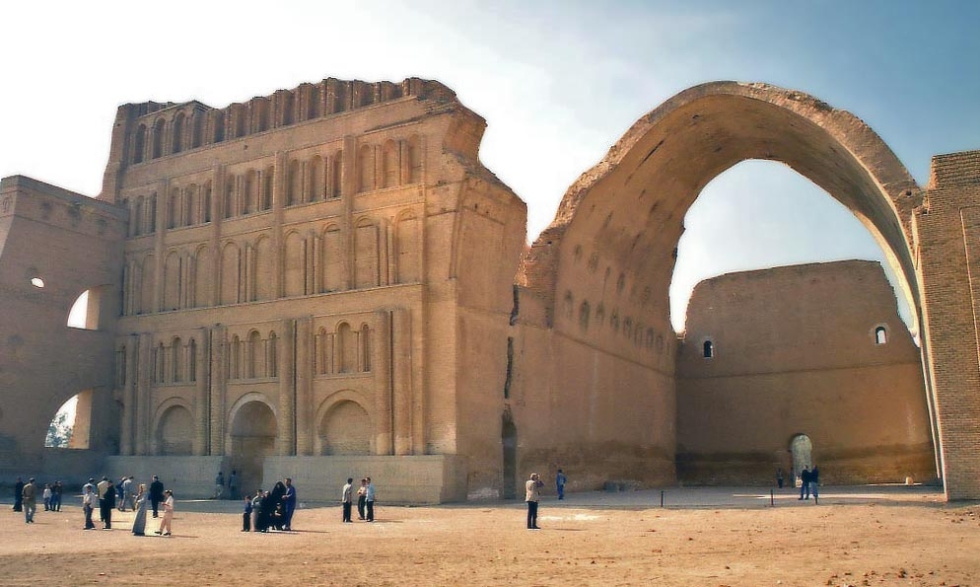 In the 6th century Ctesiphon was one of the largest city in the world and one of the great cities of ancient Mesopotamia. Because of its importance, Ctesiphon was a major military objective for the Roman Empire and was captured by Rome, and later the Byzantine Empire, five times. The city fell to the Muslims during the Islamic conquest of Persia in 637. After the founding of the Abbasid capital at Baghdad in the 8th century the city went into a rapid decline and soon became a ghost town. Ctesiphon is believed to be the basis for the city of Isbanir in the Thousand and One Nights. Located in Iraq, the only visible remain today is the great arch Taq-i Kisra.