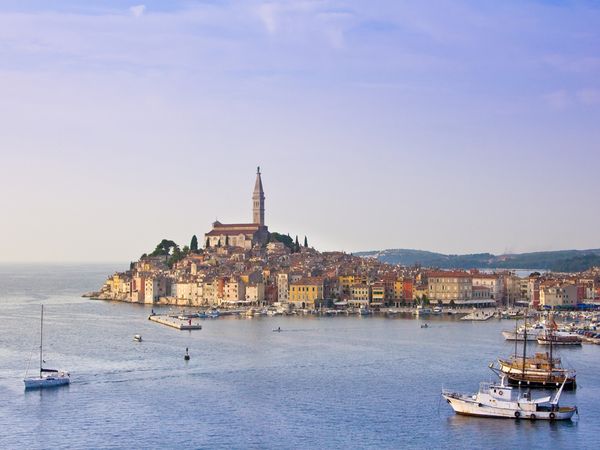 Think Tuscany, but with a Habsburg past. The shady, rolling hills of Istria — Croatia’s northernmost peninsula — are becoming widely known for their truffles, Malvazija white wines, olive oil stancijas (estates), and crumbling hill towns. Cyclists can spin their spokes over some 2,000 miles of extensively maintained bike trails. Along the coast, sunny ocean views and impromptu opportunities for swimming and snorkeling abound.

The romantic town of Rovinj (above), a former Venetian vassal state, rises from the Adriatic like an estranged island of Venice. Pine-shaded Adriatic coves entice with a refreshing plunge. Evenings are capped off with Champagne cocktails at the Valentino Bar, a breezy boîte perched directly on the water and illuminated in vivid cerulean by underwater lights.