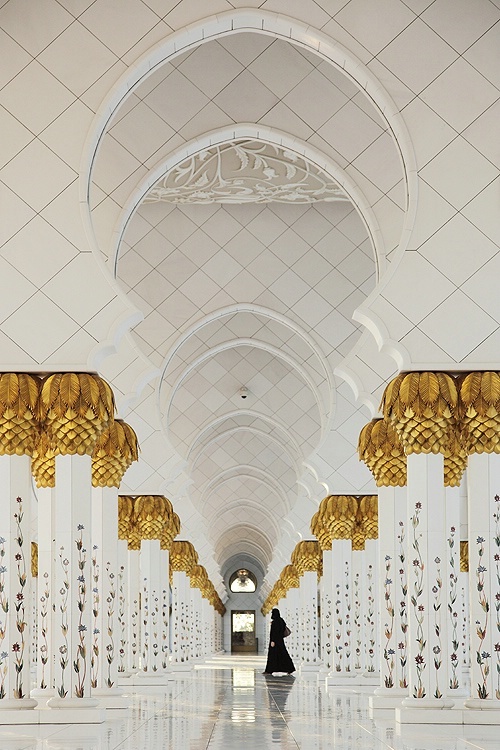 The Sheikh Zayed Grand Mosque‘s design and construction ‘unites the world’, using artisans and materials from many countries including Italy, Germany, Morocco, Pakistan, India, Turkey, Malaysia, Iran, China, United Kingdom, New Zealand, Greece and United Arab Emirates. More than 3,000 workers and 38 renowned contracting companies took part in the construction of the mosque. Natural materials were chosen for much of its design and construction due to their long-lasting qualities, including marble stone, gold, semi-precious stones, crystals and ceramics.